“For the believing man God is at the beginning, for the scientist at the end of all his considerations.”

ConScience e.V. originally emerged from the Veden-Akademie e.V. founded by Markus Schmieke in 1996. Here numerous seminars, courses, trainings, lectures and symposia were organized, which already then dealt with the connection of material and mental processes and comparative intercultural sciences.

The ancient Indo-Vedic knowledge served, in addition to his studies of physics and philosophy, as an important basis for consciousness research, which Markus Schmieke has already examined in his books and publications. The courses include Ayurveda, Sanskrit, Vedic Astrology, Vedic Architecture, Vedic Philosophy, Meditation, Yoga and related subjects and are still offered today.

As many academic contacts with scientists, institutes and universities were established over the years, the focus of research shifted more and more, so that in addition to the ancient Vedic knowledge, modern physics, psychology and sociology as well as an intercultural knowledge, which should include all cultures of the world, are also included in the work. This in turn led to the decision to rename the association, as it is no longer based on Vedic knowledge alone. 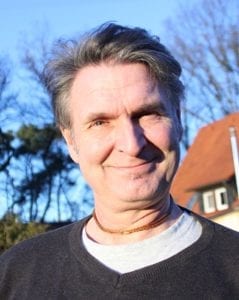 Hans-Werner Quast was born in 1965. He studied journalism, art and graphic design in Hanover and in the USA, in addition to several semesters in psychology and sociology. He has spent many years in various countries such as the USA, Indonesia and Denmark. Since 2007 he has been working as marketing director in the medical technology industry and in research.

In the past, he has co-produced several television programs about medicine and has accompanied pharmaceutical companies in concrete case studies. A keen interest in philosophy, parapsychology, meditation, science and spirituality has been an essential part of his life since his school days. For more than 10 years he intensively practiced martial arts, which strongly influenced his interest in eastern philosophy, yoga and consciousness research in his life.

In his free time he likes to make music, loves art, literature and philosophy and has been meditating daily since 1990. Long walks on the beach give him the balance for his busy everyday life. He is married and has three children. Since 2007 Hans-Werner is president of ConScience e.V. (formerly Vedic Academy e.V.), which serves as the formal organ of the ECR Institute and the IACR. 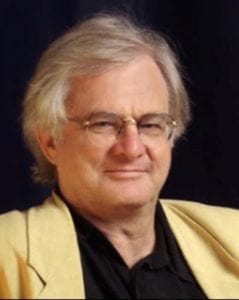 Dr. Marco Bischof was born in Switzerland in 1947 and lives in Berlin, Germany. He has studied cultural anthropology, comparative religion, and psychology at Zurich University, has got a Ph.D. in Cultural Studies, and was from 2009 to 2011 lecturer and member of the scientific staff of the Institute for Transcultural Health Studies, European University Viadrina, Frankfurt (Oder), Germany. He is vice-president of ConScience e.V. and co-founder and senior researcher of the IACR (Institue for Applied Consciousness Research).

He is also a breathing therapist and a yoga and meditation teacher, has served as General Secretary and later President of the International Institute of Biophysics, Neuss, Germany, and is the director of the Institute for Future Science & Medicine, Berlin, Germany. He is also past president of the International Light Association (ILA, Brussels), a professional union of light and color therapists. He serves actually as councilor of the Society for Scientific Exploration (SSE) in the USA, the foremost society for research in the borderlands of science.

In the German-speaking world, he is a well-known science writer with many publications on biophysics, complementary medicine, frontier areas of science, the history and philosophy of science, and on comparative religion. He has also published a number of scientific papers on the history of science and on future perspectives in integrative medicine and biophysics.

With his book „Biophotons“ (1995, 14th printing 2008), he has authored the most comprehensive account of biophoton research published in any language. His book “Tachyonen, Orgonenergie und Skalarwellen” (2002) may remain the standard work on the question of subtle fields for many years. His most recent book, “Salutogenese – auf dem Weg zur Gesundheit” (September 2010), is about a new understanding of health and the present transformation of our health system. Dr. Marco Bischof’s website is at www.marcobischof.com, he can be reached at mb@marcobischof.com. 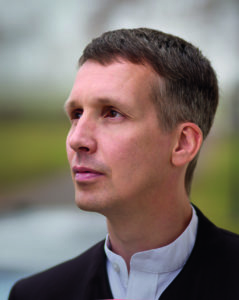 The founder of the Existential Consciousness Research Institute was born in 1966 in Oldenburg, Germany. During his studies of physics and philosophy in Heidelberg and Hanover he developed the vision to explore the interaction between matter and consciousness.

This synthesis between science and philosophy is a recurring pattern in his life. During his stays in various Indian monasteries he studied Vedic philosophy and architecture, among other things.

His encounter with the physicist Burkhard Heim and his work on his own books about science and consciousness – The Last Secret and the Field of Life – laid the theoretical foundations for the development of information field technology. Through an intensive study of Heim’s model of the 12-dimensional structure of the universe, Marcus Schmieke gained a deep understanding of the physical information field.

Based on the work of the German physicist Burkhard Heim, the Russian astrophysicist Nikolai Kozyrev and other scientists, Marcus Schmieke developed the first TimeWaver system in 2007, bringing information field technology into practice for the first time. Within a very short time it proved to be a success in complementary medicine.

He wrote more than 20 books about the connection between mind and matter and other spiritual and scientific topics, which were translated into several languages. He is also co-founder of the journal Tattva Viveka, a forum for philosophical and scientific exchange. 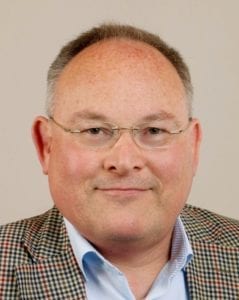 Dr. Thorsten Ludwig studied physics in Hamburg, Stuttgart and Berlin after graduating from high school, as well as technical environmental protection. At the beginning of the nineties he undertook several years of research trips and studied acupuncture and meditation. He graduated in physics at the Technical University of Berlin with distinction and also received his doctorate there with distinction.

Meanwhile he has a lot of experience in metrology, vacuum technology, ion traps, atomic force microscopy and assessment of new energy technologies.

For more than 25 years he has been intensively engaged in space energy. Since 1998 he has been researching with his own experiments in the field of zero point energy. In 2001 he founded the Berlin Institute for Innovative Energy and Propulsion Technologies Binnotec. He is also the 2nd chairman of the IndiaCare Association, which promotes non-profit social, medical and cultural projects in India. His projects include collaboration on the solar thermal 1 MW/24 h solar power plant IndiaOne.

From 2002 to 2006 he was a research assistant at the “Institute for Atomic Physics and Didactics” at the Technical University of Berlin, where he supervised a particle accelerator as well as conducting courses. In 2005, together with Andreas Manthey and Marco Bischof, he prepared a study on innovative energy technologies for the German government (Report E 5001- 15). From 2008 to 2010, Dr. Ludwig worked as a research assistant and project developer at the Institute of Electrical Power Engineering under Prof. Dr. Beck at Clausthal University of Technology and the Energy Research Center of Lower Saxony.

Since 2006, Dr. Ludwig has worked as a freelance scientist in the field of new energy technologies and applied consciousness research. He determines efficiency levels, designs research projects, carries out research and development and helps to develop promising new technologies.

In 2008 he founded the Institute for Applied Consciousness Research (IACR) together with Marco Bischof and Marcus Schmieke. Since then, Dr. Ludwig has conducted various experiments in the field of the influence of thought and consciousness on matter. Since 2012 he has built up together with Prof. Dr. Ron Bryan and other physicists an experiment in which the quantum state of single electrons is to be influenced by thoughts. In this experiment Dr. Ludwig designed and built a special vacuum facility and the ion trap. 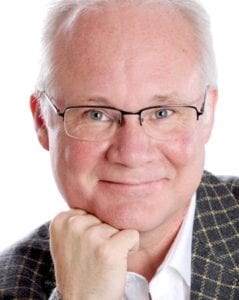 Ronald Engert is the editor of Tattva Viveka – magazine for science, philosophy and spiritual culture. The Sanskrit name means “distinction between truth and illusion”: truth is above individual religions and cultures and can be measured by the common good of all living beings.

The vision is to bring spiritual enrichment to the world – with a scientific attitude and at the same time openness to transcendence. Ronald Engert was born in 1961 and studied German, Romanic languages and literature and philosophy, later Indology and religious studies at the Johann Wolfgang Goethe University in Frankfurt am Main.

In 1994 he was co-founder of the journal Tattva Viveka, since 1996 he has been publisher and editor-in-chief. In 2017, he obtained a bachelor’s degree in Cultural Studies at the Humboldt University of Berlin. He is also the author of “Gut, dass es mich gibt. Diary of a Recovery” and “Der absolute Ort. Philosophy of the Subject” (only available in german language).

Tattva Viveka publishes spiritually open-minded scholars and authentic spiritual practitioners from all cultures to connect these two worlds in the new paradigm of an integrative consciousness.